The petition challenging the constitutionality of  Aadhaar was heard before a 5 judges bench constituted specifically, has sought the consideration of the 9 judges bench while dealing the question of law arising out of the said matter i.e., ‘whether right to privacy is a fundamental right or not’. The honorable bench of 9 judges would take the case on 19-July-2017.

Observing the importance of the referred question before the adjudication of the petition challenging Aadhaar, the bench held the necessity to review the judgments passed in the M. P. Sharma & Others v. Satish Chandra and Kharak Singh v. The State of U. P. & Others.

In the Order it read,

“During the course of hearing today, it has become essential for us to define if there is any right to privacy under the Indian Constitution. Determination of this question would essentially entail whether the decision recorded by this court in M P Sharma by a 8 judge bench in 1954 and by a 6 judge bench in Kharak Singh in 1962 that there is no such right is a correct expression. Before dealing with the matter this issue should be placed before a nine judge bench tomorrow”

Especially to determine the existence of a right to privacy as a fundamental right, the Supreme Court 5-judge bench of Justices J. Chelameswar, S.A. Bobde and C. Nagappan decided to refer the challenges to the Aadhaar program to a constitution bench, in August 2015.
In the reference order the three Judge Bench observed as follows:

We are of the point that the cases closeby bring up expansive issues of significance including interpretation of the Constitution. What is at demarcation is the magnitude of the fundamental rights including that valuable and inalienable right under Article 21. At the point when the perceptions made in M.P. Sharma and Kharak Singh are to be perused truly and acknowledged as the law of this nation, the essential rights ensured under the Constitution of India and all the more especially right to liberty under Article 21 would be stripped of force and imperativeness. In the meantime, we additionally opined that the institutional uprightness and legal disciplines require that declaration made by bigger Benches of this Court can’t be disregarded by the smaller Benches without suitably clarifying the purposes behind not following the proclamations made by such bigger Benches. With due regard to all the educated Judges who rendered the ensuing judgments – where ideal to protection is stated or alluded to their Lordships worry for the freedom of individuals, we are of the unassuming sentiment that there has all the earmarks of being sure measure of evident uncertain logical inconsistency in the law pronounced by this Court.

Senior Advocate Gopal Subramanium, on Wednesday, firmly contended in favor of ‘right to privacy’ as a Fundamental Right before the mammoth nine-Judge Constitutional Bench. It was submitted by Mr. Subramanium that,

“The concept of privacy is embedded in liberty as well as honour of a person,” 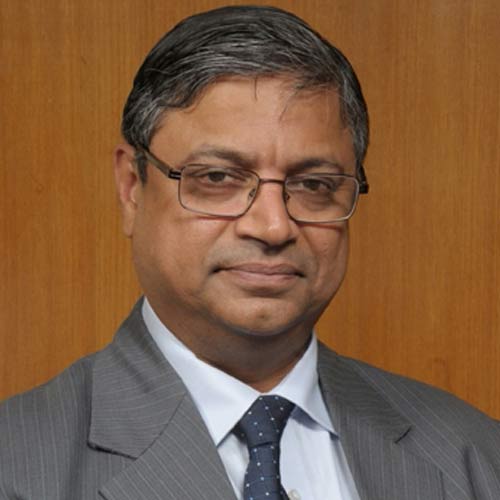 Appearing for the Petitioners, he argued that the right to privacy is recognizable as one of the Fundamental Right in the ambit of Article 21 of the Constitution. This position, he submitted, has been the settled position of law since the overturning of the decision in A.K. Gopalan v. State of Madras, 1950 SCR 88, by way of judgments in R.C. Cooper v. Union of India, (1970) 1 SCC 248 and Maneka Gandhi v. Union of India (1978) 1 SCC 248

Mr. Subramanium further submitted that the precedent made in the case of M.P. Sharma & Ors. v. Satish Chandra & Ors. , 1954 SCR 1077 cannot be taken as an authority for the proposition that there is no right to privacy in Part III of the Constitution.
“…the ratio of the judgment in M.P. Sharma (Supra) merely observed that there is no right to privacy located in Article 20(3) of the Constitution; it did not extinguish a general right to privacy. This arose in the context of searches in a criminal investigation and whether the same amounted to a violation of the right in Article 20(3),” he explained.

It was, in this manner, presented that the dependence set by the Attorney General on the choices in MP Sharma and Kharak Singh is not any more reasonable.

Thereafter, it was submitted by the Petitioner’s counselor,

“It is submitted that the right to privacy invariably means the inviolability of the person. The expression ‘person’ includes the body as well as the inviolate personality. It is submitted that privacy really is intended to indicate the realm of inviolable sanctuary that most of us sense in our beings. It refers to spatial sanctity, freedom in decisional autonomy, informational privacy as well as the ability to freely develop one’s personality and exercise discretion and judgment. Privacy is a part of personhood and is therefore a natural right. This is why the natural right is not conferred but only recognized by the Constitution.”

TANZANIA CASE: A REFUGE OR PERIL

Should We Continue With The Collegium System?

LAW ARTICLES
Appointment of judges has been made by the collegium system for around two decades now. It involves the appointment and transfer of judges on...

LAW ARTICLES
This article is written by Muskaan Bangani of Mody University of Science and Technology, Lakshmangarh, Rajasthan and curated by Naman Jain of Bennett University,...