There is hardly any other malady of greater magnitude, which the society is facing today than the curse of dowry demand and dowry death. It is commonly talked of in the society that the newly married wife is expected to be a gold mine, failing which they treat her as combustible material, and because of this cruel behavior, the girl, who comes to the matrimonial home with great expectations and dreams, has to resort to suicide or be burnt alive by the in-laws.It is ironic that in India dowry was originally designed to safeguard the woman and it was the provision of ” Streedhan” (“Stree” meaning woman and “dhan” meaning wealth) in the form of money, property or gifts given solely to the woman by her parents at the time of her marriage. “Streedhan”, an inheritance was meant to exclusively belong to the woman at the time of her marriage. The abuse of this custom eroded and aborted the original meaningful function of dowry as a safety net for the woman and was corrupted to become the price tag for the groom and consequently the noose for the bride.

The Indian Criminal laws were comprehensively amended to include dowry as a punishable offence under section 304-B was added to the Indian Penal Code, 1860 which made dowry death a specific offence punishable with a minimum sentence of imprisonment for 7 years and a maximum imprisonment for life. The IPC also punishes bride burning, cruelty and torture to brides. Section 498-A is a strong prohibition in this code. Section 198-A of Criminal Procedure Code fixes the procedure for such provisions. The Indian evidence Act also provides that the accused has to take the burden of proof.

In addition to this the Dowry Prohibition Act, 1961 was passed. Even though now days many dowry harassment cases has been reported. This is the reason why dowry death, dowry torture and dowry harassment has not been eradicated. The provision of the Act says that any person who gives or take or abets the giving or taking dowry shall be punished with imprisonment or fine or both.

Besides the central Dowry Act, the state govt. has enacted their own provisions for direct and indirect effort to prohibit dowry.

When a case involves a suicide by a woman within 7 years of marriage the court will presume that the accused is guilty of abatement of suicide and magistrate can hold an enquiry on his own apart from the police enquiry.

The flaw in the law

As per the Dowry Prohibition Act, dowry is forbidden but ‘gifts’ are allowed. The anti-dowry law cannot be invoked against the giving of presents at the time of marriage to the bride without any demand having been made ‘provided that such presents are entered in a list maintained in accordance with the rules’ as defined under the Act. “But who decides what is a ‘voluntary gift’ and what is given under pressure of a demand?” asks Madhu Kishwar, the founder president of Manushi Sangathan, a forum for research-based advocacy for promotion of social justice and human rights. “And how do you decide what is ‘excessive’ in relation to income by way of gifts when in India no more than two to three per cent people declare their incomes and those too are grossly under-reported? When giving dowry is a crime, why would a groom or bride’s family put their signature on the list of gifts being given?” 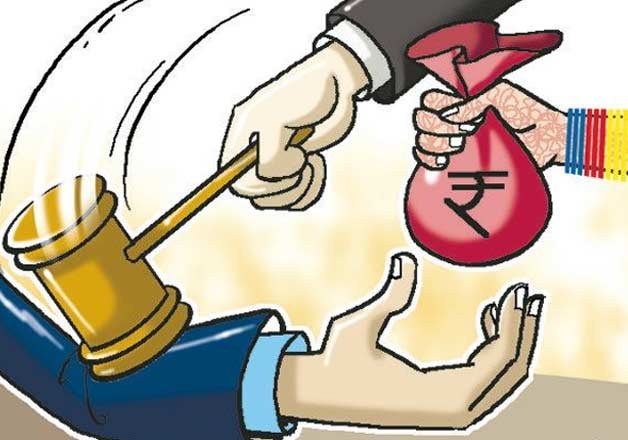 After declaring that giving or taking of dowry is illegal, the Act adds an ambiguous clause, that ‘where any dowry is received by any person other than the woman in connection with whose marriage it is given, that person will transfer the dowry to the woman within three months after the date of marriage or within three months after the date of receipt’. Failure to transfer a woman’s dowry invites imprisonment for not less than six months and a fine of  Rs.10,000. In Sanju’s case, this would have meant financial security and even a kind of insurance against dowry harassment from her in-laws.

“The only effect of the anti-dowry law and campaign has been that the giving and taking has become more surreptitious,” says Madhu. Earlier, families ensured that proper lists and accounts were prepared and the groom’s family was made to sign the list of things they received while the dowry itself was put on display for all the relatives to take note of so there were numerous witnesses to the transaction. Today, no lists are signed and most of the giving and receiving is shrouded in secrecy.

This committee has suggested to make certain changes to the already existing anti dowry law. Firstly they have put forward the idea of making this offence as a non compoundable offence which allows the out of the court settlement in such cases which lead to hugely comedown of the misuse of this offence as there would be scope of initiating a settlement by the wife and in such cases a marriage could be saved. It has been also suggested to make it a bailable offence. The amendment has also increased the fine to 15000 from 1000 if the complaint lodged turn outs to be false.

Every coin has 2 sides so is the case in law. Law that are made at some point of time has its own importance and brings with its some pros and cons, and generally when a law is made to safeguard a particular section of the society its mostly misused also by the same set of people taking un due advantages of the benefits provided to them. The misuse of law doesn’t makes the law wrong as a whole but yes with time some amendments should made so that the law is enforced more efficiently and its serves benefit to the maximum number of people. But what must be taken into consideration by the women is that these laws were originally framed for the protection of those women who suffer domestic violence and torture and were demanded for dowry, therefore others should restrain from misusing it for the sake of the ones who really need it. It’s time to see the other side of the coin were men are the victims and due to misuse of such laws at times they have to pay heavy price. Suicide of a wife due to harassments is an issue of concern so is the suicide of the husband as even they are tortured and “husband beating” as term should be a matter of concern. Many males are traumatized and put through mental torture and harassment which leads them to end their lives.

Amendments in the law of anti-dowry thus should be made that protect men and women both from any trauma and any sort of violence. Awareness should be spread amongst men and women both who tell them the provision and remedies and safeguards their rights, in doing so NGOs, law students play a very important role. Offence under the section 498a of IPC should be made compoundable and non-bailable and section 41 and 41A OF Crpc should also be taken into consideration while looking into such kind of matters.

ALTERNATIVES OF LITIGATION IN INDIA

LAW ARTICLES
This article has been written by Pragya Srivastava, a student of Banasthali Vidyapith. The argument is an art, passion which is developed by our surroundings....

LAW ARTICLES
Sumedha Ray, a 3rd-year law student from Symbiosis Law School (Pune), writes about the need to balance privacy and security in the 'Aadhar Age'. After...