A presidential election was held in India on Monday 17 July 2017 with the votes counted and the results announced on Thursday 20 July. President Pranab Mukherjee’s term of office was due to expire on 24 July 2017. Mukherjee declined to seek re-election.

Governor of Bihar Ram Nath Kovind of the Bharatiya Janata Party had the backing of the governing National Democratic Alliance coalition, and went up against opposition candidate Meira Kumar of the Indian National Congress in the vote. Kovind secured roughly two-thirds of the votes from the electoral college of elected members of federal, state and union territory legislatures and was elected to a five-year term as President. Kovind’s term of office will begin on 25 July 2017. Kovind was born in Kanpur Dehat, Uttar Pradesh. His father was a farmer. He holds a Bachelors degree in commerce and a LLB from DAV College, (affiliated with Kanpur University). He joined the BJP in 1991.He was President of the BJP Dalit Morcha between 1998 and 2002 and President of the All-India Koli Samaj. He also served as national spokesperson of the party. He donated his ancestral home in Derapur to the RSS. He contested from Ghatampur and Bhognipur (both in Uttar Pradesh) assembly constituencies on the BJP ticket but lost both elections. He was elected and became a Rajya Sabha MP from the state of Uttar Pradesh in April 1994. He served a total of twelve years, two consecutive terms, until March 2006. As a member of parliament he served on the Parliamentary Committee for Welfare of Scheduled Castes/Tribes, Home Affairs, Petroleum and Natural Gas, Social Justice and Empowerment, Law and Justice. He also served as the chairman of the Rajya Sabha House Committee. During his career as a parliamentarian, under M.P. L.A.D. Scheme, he focused on education in rural areas by helping in construction of school buildings in Uttar Pradesh and Uttrakhand. As a member of parliament, he visited Thailand, Nepal, Pakistan, Singapore, Germany, Switzerland, France, the United Kingdom and the United States on study tours.

As Governor, he was praised for constituting a judicial commission to investigate irregularities in promotion of undeserving teachers, mis-management of funds and appointment of undeserving candidates in universities

Eligibility to be the President of  The Republic of India:

The following are the compulsory requirements for anyone to contest the election for the President of India:

Other conditions to be fulfilled to contest:

The difference between a normal election & the Presidential election:

The value of votes is calculated  in the following manner: 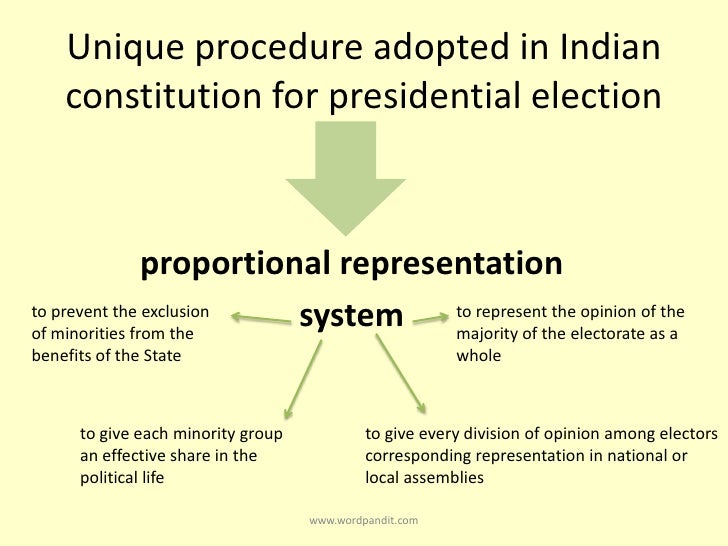 The Process for calculating the Value of MLA vote:

The value of the vote of each MLA is calculated by dividing the population of the State as per 1971 Census, by the total number of elected members of the respective state assembly, and then to divide the quotient by 1000. Total Value of all members of each State Assembly is obtained by multiplying the number of seats in the Assembly by the number of votes for each member.

The Process for calculating the Value of MP vote: However, even after the first round of counting, no candidate secures the required quota of votes, then the counting proceeds through a process of elimination and exclusion, whereby the candidate credited with the lowest number of first preferential votes in the first round is excluded and all his ballot papers are distributed among the remaining candidates on the basis of the second preferences marked in such ballots. The value of such transferred ballot papers will be the same as the value at which the excluded candidate received them. The ballot papers on which second preference is not marked is treated as exhausted ballot papers and shall not be further counted, even if the third or subsequent preferences are marked. This process is continued until there is a clear winner with 50% +1.

LAW ARTICLES
“The taste of anything can be changed. But poison cannot be changed into nectar’’     - B.R. Ambedkar Caste is a huge hurdle and we may...

LAW ARTICLES
Patent Dispute Advisory System in Indi Can the ends of justice be met without an expertise? This article is written by Vijeta Mahara of Chanakya Law...