Who decides what I have to speak or express? Is the Government in power sacrosanct or Divine that cannot be the target of any criticism? If I criticize the Government am I causing Disaffection against the Government?  Writing/Publishing against an act /whole of the system of Governance is our right under the Constitution of India or is it a punishable offence under the IPC? If I dislike the ruling Government and express my desire to remove this Government by word of mouth, printed words am I expressing freely or is it sedition?

The 20-year-old student of English literature at Lady Shri Ram College, Delhi University is the daughter of late Captain Mandeep Singh, who fell fighting militancy in Jammu and Kashmir.

Not everyone might agree with an idealist student’s comment: “Pakistan did not kill my father, war killed him.” We all know that “war” does not happen in the abstract, but as a result of concrete policies pursued by governments and armies.

Where is our freedom of expression? Gurmehar Kaur’s trolling by politicians and celebrities, is this the way we instill fear? The twenty- year- old Gulmehar was only expressing herself and can someone see sense in what she was saying? The girl is scared and she has requested everyone to leave her alone after she received threats from all over. It is only in India that brave assertions become national liability.

Freedom of speech is the bulwark of democratic government. This freedom is an essential for the proper functioning of democratic process. The freedom of speech is regarded as the first condition of liberty. It occupies a preferred position in the hierarchy of liberties giving succour and protection to all the liberties. It has been truly said that it is the mother of all other liberties.

What is this Democracy like? That Gurmehar Kaur was trolled by anonymous trolls, isn’t worrying? What is worrying is that so how some of the most powerful and influential men in the country, a parliamentarian, a Union minister and even a cricketer and actor, have expressed their disapproval of what she has said, called her a terrorist, ridiculed her views and refused her agency. No one even mentioned one word defending what’s her Constitutional right or condemned the threat that she faces. Doesn’t it show that a culture of goondas is being promoted by the system?

Free speech which is guaranteed by the  Article 19(1)(a) and made subject to certain limitation in Article 19(2) is eesentilal to the democracy, for democracy is fundamentally based on free debate and open discussion, and a citizen has  a right to exercise his right to free speech in a democracy by discerning the information and eventually making a choice and if it is curtailed by taking recourse to colonial laws and has cherished the value under the constitution of India. Article 19(1)(a) confers freedom of speech to the citizens of this country and thus this provision ensures that the petitioner s could raise slogan, albeit in a peaceful ad orderly manner, without using offensive language.

Gurmehar Kaur has broken no laws. Nor has she slandered any individual on a public platform. Kaur started a social media campaign after the violence in Ramjas College on February 22. The campaign began with Kaur changing her Facebook profile picture to her holding a placard that read: “I am a student of Delhi University and I am not afraid of ABVP.” For her post, she has received graphic threats on social media.

The Delhi University is usually a microcosm of the political narrative playing out in the country. It reflects as to what is the culture at the national level. It has become increasingly clear that politics of intolerance and bullying is taking over liberalism and citizen’s right to speech. The question is are we evolving as a country or going back to the medieval times where dissent was not allowed. More so a dissent from a women?

In the light of the constitutional Law and several Judgements of the Hon’ble Supreme Court of India a natural conflict of opinions comes to the fore that Freedom of expression has four broad special purposes to serve:

It helps an individual to attain self-fulfillment. It assists in the discovery of truth. It strengthens the capacity of an individual in participating in decision-making.It provides a mechanism by which it would be possible to establish a reasonable balance between stability and social change. All members of society would be able to form their own beliefs and communicate them freely to others

Protest is a statement or action expressing disapproval of or objection to something.  Hundreds of students and teachers took out a protest march at the Delhi University today against the violence which took place inside the Ramjas College premises last week. After students and teachers of Delhi University, Jawaharlal Nehru University and Jamia Millia Islamia hit the streets protesting against Akhil Bhartiya Vidyarthi Parishad (ABVP), which is blamed for the February 22 clashes, the Congress’ student wing National Students Union of India (NSUI) took out a torch march, calling it a peaceful march for their university.

In Karam Singh v. Hardayal Singh, 1979 Crl. L.J. 1211; stated while on the one hand, citizens are guaranteed fundamental right of speech, right to assemble for the purpose of carrying peaceful protest processions and right of free movement, on the other hand, reasonable restrictions on such right can be put by law. Provisions of Indian Penal Code and Code of Criminal Procedure, discussed above, are in the form of statutory provisions giving powers to the State to ensure that such public assemblies, protests, dharnas or marches are peaceful and they do not become ‘unlawful’. At the same time, while exercising such powers, the authorities are supposed to act within the limits of law and cannot indulge into excesses. How legal powers should be used to disperse an unruly crowd has been succinctly put by the Punjab and Haryana High Court wherein the High Court held that the prerequisites must be satisfied before a Magistrate can order use of force to disperse a crowd.

Supreme Court has held that the right to peaceful protest is fundamental right under Article 19(1) \(b). The aforesaid right is subject to reasonable restriction which is in the interest of sovereignty and integrity of India as well as public order as mentions in 19(2), 19(3), (4) & (5). Holding peaceful demonstration in order to air their grievances and to see their voice is heard in the relevant quarters is the right of the people. Such right can be traced from to the fundamental freedom that is guaranteed under articles 19(1)(a), 19(1)(b) and 19(1)(c) of the constitution of India. 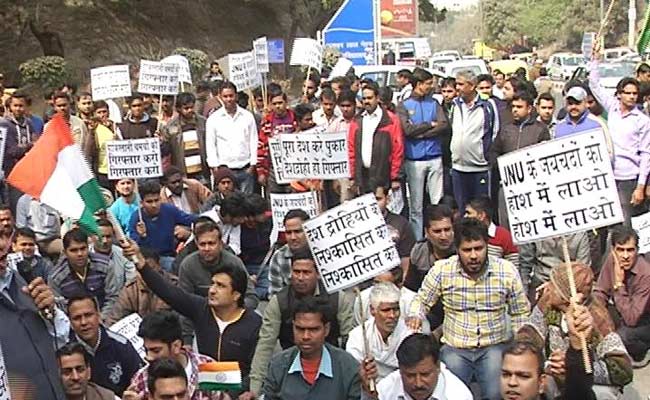 Repute of the Constitution

Article 19(1)(a) confers freedom of speech to the citizens of this country and thus this provision ensures that the petitioner s could raise slogan, albeit in a peaceful ad orderly manner, without using offensive language.

Freedom of speech is the bulwark of democratic government. This freedom is an essential for the proper functioning of democratic process. The freedom of speech is regarded as the first condition of liberty. It occupies a preferred position in the hierarchy of liberties giving succour and protection to all the liberties. It has been truly said that it is the mother of all other liberties.

In a democracy, freedom of speech and expression opens up channel of free discussion of issues. Freedom of speech plays a crucial role in the formation of public opinion on social, political and economic matters. Freedom of speech and expression, just as equality clause and the guarantee of life and liberty has been broadly construed by the Supreme Court from the 1950s. It has been variously described as a “basic human right” and the like. It embraces within its scope the freedom of propagation and interchange of ideas, dissemination of information which would help formation of one’s opinion and view point and debates on matter of public concern

“Democracy is based essentially on free debate and open discussion, for that is the only based on corrective of government action in democratic set up. If democracy means government of the people, for the people it is obviously that every citizen must be entitled to participate in the democratic process action in order to enable him to intelligently exercise his right of making a choice free and general discussion of public matters is absolutely essential.”

The Preamble of the Constitution of India inter alia speaks of liberty of thought, expression, belief, faith and worship. It also says that India is a sovereign democratic republic. It cannot be over emphasized that when it comes to democracy, liberty of thought and expression is a cardinal value that is of paramount significance under our constitutional scheme.

“But when men have realized that time has upset many fighting faiths, they may come to believe even more than they believe the very foundations of their own conduct that the ultimate good desired is better reached by free trade in ideas-that the best test of truth is the power of thought to get itself accepted in the competition of the market, and that truth is the only ground upon which their wishes safely can be carried out. That at any rate is the theory of our Constitution.” 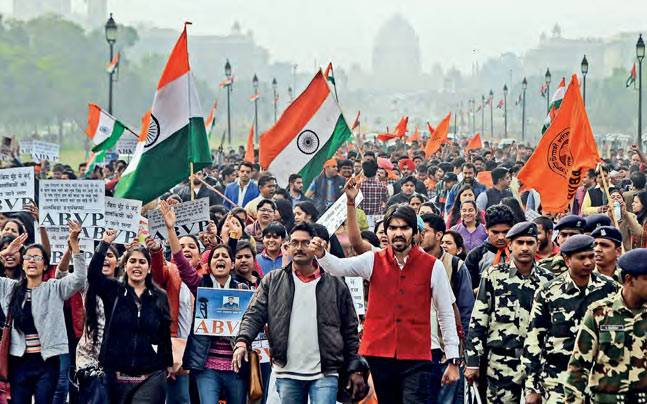 I can assure the citizens of India through my words that so long as expression is confined to nationalism, patriotism and love for motherland one’s right to freedom of speech and expression cannot be violated or restricted.